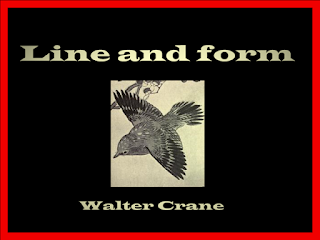 There is no pretension to an exhaustive treatment of a subject it would be difficult enough to exhaust, and it is dealt with in a way intended to bear rather upon the practical work of an art school, and to be suggestive and helpful to those face to face with the current problems of drawing and design.
These have been approached from a personal point of view, as the results of conclusions arrived at in the course of a busy working life which has left but few intervals for the elaboration of theories apart from practice, and such as they are, these papers are now offered to the wider circle of students and workers in the arts of design as from one of themselves. 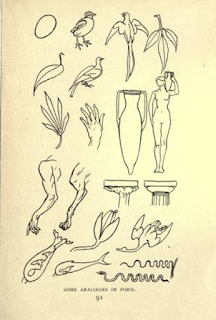 They were illustrated largely by means of rough sketching in line before my student audience, as well as by photographs and drawings. The rough diagrams have been re-drawn, and the other illustrations reproduced, so that both line and stone blocks are used, uniformity being sacrificed to fidelity. 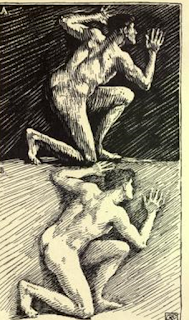 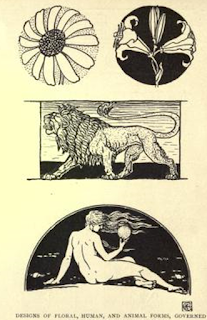 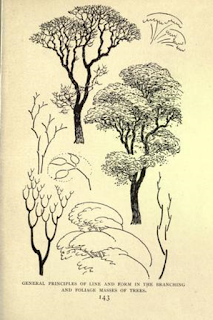 Chapter 3: Of the Choice and Use of Line Degree and Emphasis Influence of the Photograph The Value of Emphasis -The Technical Influence The Artistic Purpose Influence of Material and Tools Brushwork Charcoal- Pencil Pen.
Chapter 4: Of the Choice of Form Elementary Forms Space-filling Grouping Analogies of Form Typical Forms, of Ornament Ornamental Units Equivalents in Form Quantities in Design Contrast Value of Variations of Similar or Allied Forms Use of the Human Figure and Animal Forms in Ornamental Design
Chapter 5: Of the Influence of Controlling Lines, Boundaries Spaces, and Plans in Designing Origin of Geometric Decorative Spaces and Panels in Architecture Value of Recurring Line Tradition Extension Adaptability Geometric Structural Plans Frieze and Field Ceiling Decoration Co-operative Relation
Chapter 6: Of the Fundamental Essentials of Design: Line, Form, Space Principles of Structural and Ornamental Line in Organic Forms Form and Mass in Foliage Roofs The Mediaeval City Organic and Accidental Beauty- Composition: Formal and Informal Power of Linear Expression Relation of Masses and Lines Principles of Harmonious Composition.
Chapter 7: Of the Relief of Form Three Methods Contrast- Light and Shade, and Modelling The Use of Contrast and Planes in Pattern Designing Decorative Relief- Simple Linear Contrast Relief by Linear Shading Different Emphasis in relieving Form by Shading Lines Relief by means of Light and Shade alone without Outline Photographic Projection Relief by different Planes and Contrasts of Concave and Convex Surfaces in Architectural Mouldings Modelled Relief Decorative Use of Light and Shade, and different Planes in Modelling and Carving Egyptian System of Relief Sculpture- Greek and Gothic Architectural Sculpture, influenced by Structural and Ornamental Feeling Sculptural Tombs, Medals, Coins, Gems Florentine Fifteenth-century Reliefs Desiderio di Settignano
Chapter 8: Of the Expression of Relief in Line-drawing Graphic Aim and Ornamental Aim Superficial Appearance and Constructive Reality Accidents and Essentials Representation and Suggestion of Natural Form in Design The Outward Vision and the Inner Vision
Chapter 9: Of the Adaptation of Line and Form in Design, in various materials and methods Mural Decoration Fresco-work of the Italian Painters Modern Mural Work Mural Spacing and Pattern Plan Scale The Skirting -The Dado Field of the Wall The Frieze Panelling Tapestry Textile Design Persian Carpets Effect of Texture on Colour Prints Wall-paper Stained Glass.
Chapter 10: Of the Expression and Relief of Line and Form by Colour Effect of the same Colour upon different Grounds Radiation of Colour White Outline to clear Colours Quality of Tints relieved upon other Tints Complementaries Harmony The Colour Sense Colour Pro- portions Importance of Pure Tints Tones and Planes The Tone of Time Pattern and Picture A Pattern not necessarily a Picture, but a Picture in principle a Pattern Chiaroscuro Examples of Pattern-work and Picture-work Picture- patterns and Pattern-pictures
Download Size 41 MB,