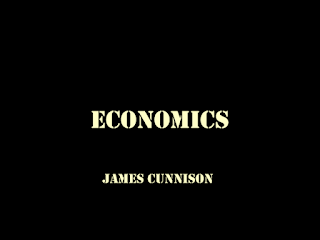 Excerpt:
ECONOMICS examines the thoughts and actions of groups of men in making, acquiring, and using wealth. Man's welfare consists of his activities and of his enjoyment of the results of his activities. As father, neighbor, or citizen, he finds his satisfaction in the mere exercise of his powers and sympathies. But he goes to his daily work not primarily from an interest in the work itself, but in order to earn the necessaries, comforts, or luxuries which he believes to be essential or contributory to his welfare.
So far as he makes these his object, his interest lies not in the activity but in its outcome.
What might othen\ise be recreation becomes work; for it has to be done under conditions not of his own choosing, to which he submits because only thus can he obtain the wealth which he seeks. At the outset, then, we must try to get some general conception of the nature of this wealth and of the ways in which he seeks it. (a) Wealth is relative to man and to his conception of well-being. How far welfare is externally conditioned it is not our business here to determine.
It is enough for our purpose to note that to be wealthy in the economic sense of the term a thing must meet some human want or satisfy some human desire. As such it may be a material thing or an immaterial service: it may be a loaf of bread, or a suit of clothes, or the services of a doctor, ECONOMICS teacher, or actor. In any case, it is wealth only so far as it seems good and desirable to someone. But not everything of this kind is wealth. Wealth does not include those things which are so plentiful that no effort or sacrifice is required in order to obtain them. In normal circumstances, for instance, the air we breathe is not reckoned as wealth. But if we found ourselves in a Black Hole of Calcutta we might be willing to mortgage the rest of our working lives or to sacrifice all our possessions in return for air.
Contents: Introduction. - The making of wealth. - The wealth of the individual, earning and spending. - The question of the system
Download Economics (1920) PDF book by James Cunnison