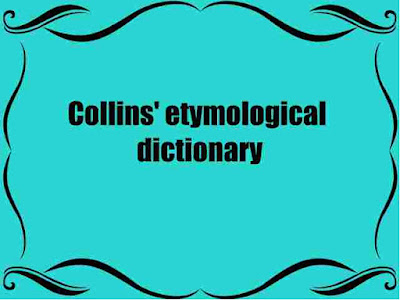 Containing roots and derivations and embracing the most recent words

The Etymological Dictionary of the English Language has been compiled with a double purpose in view. The vast circulation attained by the cheaper forms of literature, together with the greatly increased range of criticism in periodicals and newspapers, has brought into use a considerable number of new words — some of the technical and scientific terms — which require explanation.
The incorporation of many such words and phrases in the Etymological Dictionary brings the book fully abreast of modern requirements, thus making it a boon to the general reader. In addition, its comprehensiveness, conciseness, clarity, and accuracy render it eminently suitable for the schoolroom. Orthography is usually accepted by lexicographers; but ^here authorities differ about the spelling or pronunciation of words, both forms are given.
The Pronunciation of all words is indicated by a system of Phonetics, the correct sound being exhibited by re-spelling each word in phonetic form, the syllabification, marked vowel sounds, and proper accentuation being distinctly shown. With the exception of g, the consonants employed in the phonetic spelling retain their name sounds, and the vowels, unless marked, retain their short sounds; h represents the guttural h heard in 'loch.'
The digraph aw represents the sound of a hearing in 'fall'; ou the sound of ow heard in 'now'; oo, unmarked, the sound heard in 'book'; 6d the sound heard in 'moon.' The surd (sharp, unvoiced) sound of this is indicated by common letters, as in 'thin,' the sonant (flat, voiced) sound by small capitals, as in 'Than.'
The following key to the long and peculiar vowel sounds, Fate, far, ado; mS, her; mine; note; tune; moon. being repeated at the foot of each page should prove of many services. The two Appendixes of Abbreviations and Foreign Words and Phrases give additional value to the book. The careful attention paid to the Etymology will result, it is hoped, in its being really instructive, and not merely formal.
The most recent work in philological research has been consulted, and, as in the 'Home' Dictionary, the steps by which a word has reached its present form have been noted more precisely than is usual in such compilations
Publisher London Collins Clear-Type Press
Publication date: 1920
Download Collins' etymological dictionary 44 MB PDF book