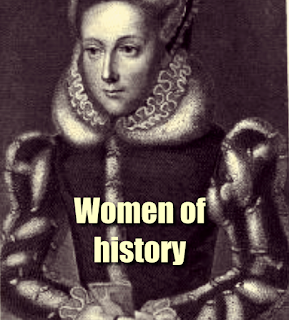 This book illustrates the lives of great women in history
Women of history is a further development of the idea which suggested the companion volume, Women of history. : " To exhibit views of the world's great men and women, as set forth in the best words of the best authors to convey, as it were, at once impressions of History and Literature, and lessons in Biography and Style." In the present case, it has not been considered necessary to attempt a classification of the subjects in the manner followed in the preceding volume, from the fact that the feelings and motives which generally influence the lives of celebrated women are of a nature different from those of the opposite sex, and from the consequent want of a standard sufficiently distinct to adhere to. A chronological arrangement, however, has been adopted, which, it is hoped, will to a considerable extent supply the want of classification.
some of the women :
Lucretia,
Sappho,
Aspasia Of Pericles,
Xantippe,
Aspasia Of Cyrus,
Cornelia, The Mother
Portia, .
Octavia, .
Cleopatra,
Mariamne,
Julia Domna,
Zenobia,
Valeria,
Eudocia,
Hypatia,
The Wife Of Maximus,
The Lady Rowena,
Olga,
The Lady Elfrida,
The Countess Of Tripoli,
[Download From Here ##download##]