The tragedy of Julius Caesar ( 1907) by Shakespeare 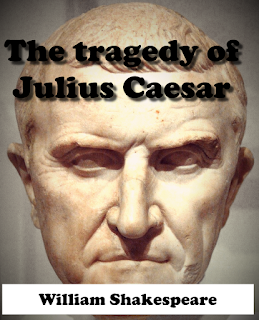 Edited by Arthur D. Innes
In this edition of SHAKESPEARE, an attempt is made to present the greater plays of the dramatist in their literary aspect, and not merely as material for the study of philology or grammar. Criticism purely verbal and textual has only been included to such an extent as may serve to help the student in the appreciation of the essential poetry.
Questions of date and literary history have been fully dealt with in the Introductions, but the larger space has been devoted to the interpretative rather than the matter-of-fact order of scholar-ship. Aesthetic judgments are never final, but the Editors have attempted to suggest points of view from which the analysis of dramatic motive and dramatic character may be profitably undertaken. In the Notes likewise, while it is hoped that all unfamiliar expressions and allusions have been adequately explained, yet it has been thought even more important to consider the dramatic value of each scene, and the part which it plays in relation to the whole.
These general principles are common to the whole series; in detail, each Editor is alone responsible for the play or plays that have been entrusted to him.
Every volume of the series has been provided with a Glossary, an Essay upon Metre, and an Index; and Appendices have been added upon points of special interest, which could not conveniently be treated in the Introduction or the Notes. The text is based by several Editors on that of the Globe edition: the only omissions made are those that are unavoidable in an edition likely to be used by young students.
[Download From Here ##download##]