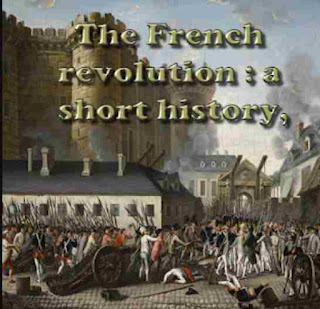 The object of this book is similar to that with which, a few years ago, I wrote a short biography of Napoleon. The main outlines of the Revolution, the proportion and relation of things, tend to become obscured under the accumulation of historical detail that is now proceeding.
This is an attempt, therefore, to dis- entangle from the mass of details the shape, the movement, the significance of this great historical cataclysm. To keep the outline clear I have deliberately avoided mentioning the names of many subordinate actors; thinking that if nothing essential was connected with them the mention of their names would only tend to confuse matters. Similarly, with incidents, I have omitted a few, such as the troubles at Avignon, and changed the emphasis on others, judging freely their importance and not following the footsteps of my predecessors, as in the case of the capture of the Bastille, the importance of which was vastly exaggerated by early writers on the subject.
Robert Matteson Johnston was an American historian and an important scholar of military history. He was born in Paris, Texas, and educated at Eton College and Pembroke College, Cambridge. He taught at Harvard University and Mount Holyoke College and was a founding member of the faculty at Simmons University
The magnitude of an event is too apt to lie with its reporter, and the reporter often fails in his sense of historical proportion. The nearer he is to the event the more authority he has as a witness, but the less authority as a judge. It is time alone that can establish the relation and harmony of things. This is notably the case with the greatest event of modern European history, the French Revolution, and the first task of the historian writing a century later is to attempt to catch its perspective. To do this the simplest course will be to see how the Revolution has been interpreted from the moment of its close to the present day.
Contents of the book:
I. The Perspective of the French Revolution i
II. Versailles ii
III. Economic Crisis 25
IV. Convocation of the States-General ... 35
V. France Comes to Versailles 52
VI. From Versailles to Paris 70
VII. The Assembly Demolishes Privilege ... 89
VIII. The Flight to Varennes 105
IX. War Breaks Out 123
X. The Massacre 139
XI. Ending the Monarchy 157
XII. The Fall of the Gironde 170
XIII. The Reign of Terror 185
XIV. Thermidor 202
XV. The Last Days of the Convention . . . 222
XVI. The Directoire 239
XVII. Art and Literature 262
Index 279
the book details : Download 9 MB