The book of the secrets of Enoch 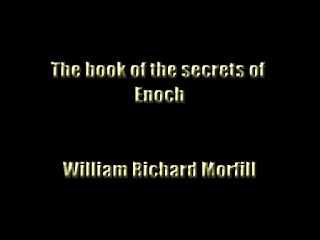 Excerpt
The Book of the Secrets of Enoch cannot fail to be of interest to students of Apocalyptic literature and of the origins of Christianity. It is with a view to helping such that this the first edition of the book has been undertaken. In certain respects, it will appeal also to specialists in Assyriology. So far indeed as it does so, I have been able to do little more than refer to the leading scholars in this department, as my knowledge of such subjects is very slight, and all secondhand. This book has had a peculiar history. For more than 1200 years it has been unknown save in Russia, where acquaintance with it goes several centuries back. Further, by its present name, it was never known in any literature to save the Slavonic. Even in Slavonic, the name was not quite constant,
During the years 50-100 a.d. our text seems not to be without a witness in the literature of that period. Thus in the Ascension of Isaiah, viii. 1 6, we read with regard to the angels of the sixth heaven: ' Omnium una species et gloria aequalis,' whereas the difference between the angelic orders in the lower heavens is repeatedly pointed out. Now in our text, xix. I, it is said of the seven bands of angels present in the sixth heaven that ' there is no difference in their countenances, or their manner, or the style of their clothing.'
part be accounted for as follows. Although it is a matter of demonstration that the main part of the book was written originally in Greek, it seems no less sure that certain portions of it were founded on Hebrew originals. Such a hypothesis is necessary owing to the above Enochic quotations which appear in the Testaments of the XII Patriarchs. The fact that the latter work was written in Hebrew obliges us to conclude that its author or authors drew upon Hebrew originals in the quotations from Enoch. I have not attempted in the present work to discriminate the portions derived from Hebrew originals. For such a task we have not sufficient materials, and what we have,
William Richard was a Professor of Russian and the other Slavonic languages at the University of Oxford from 1900 until his death.
Translated by R. H.  Charles
Hosted on Google Drive
Download from Here