A description of the country and its people 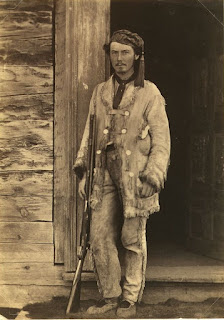 Picturesque Palestine, Sinai and Egypt: social life in Egypt; a description of the country and its people
Major-General Sir Charles William Wilson, (14 March 1836 – 25 October 1905) was a British Army officer, geographer, and archaeologist.
Excerpt:
the bridegroom's house, the bride goes to the public bath, accompanied by a number of her female relations and friends. The procession generally pursues a circuitous route, for the sake of a greater display, and on leaving the house, turns to the right.
In Cairo, the bride walks under a canopy of silk, borne by four men, with one of her near female relations on each side of her. Young unmarried girls walk before her; these are preceded by the married ladies, and the procession is headed and closed by a few musicians with drums and hautboys. The bride wears a kind of pasteboard crown or cap and is completely veiled from the view of spectators.

CHAPTER I.
THE TOWNSFOLK
The conservatism of the Egyptian Middle Classes. — The Cairo Tradesman.— Shops.— Streets.— By-lanes. Houses.
Courts.— Rooms.— Daily Life.— Visiting.— Hartm.— Feminine Beauty.— Position of Women in Mohammadan
Countries.— Meals. — Feasting in the Middle Ages — Use of Wine.— Poetry and Music— Hammam the Poet.
Ibrahim El-Mi5sily. — Mukhirik. — Music in the Present Day. — Modern Festivities. — Marriage. Public
Festivals. — Moharram. — Ashflra. — The Return of the Pilgrims. — The M61id En-Neby. — The Hasaneyn.
Bazaars on the Great Night of the Hasaneyn.— Other Feasts.— The Holy Carpet.— The Mahmal.— The Night
of the Drop. — Character of Egyptian Amusements.
CHAPTER II
THE COUNTRYFOLK
Egypt is an Agricultural Country. — Conditions of Cultivation. — The Annual Inundation.— Canals.— Corvee Labour.—
Water-engines. — Shadiifs, Sdkiyehs, and Steam-pumps. — The Indebtedness of the Fellahin. — An Egyptian
Calendar. — Character of the Peasant. — Villages.— Peasants' Huts. — The Village Saint. — ^A Country Town. —
Courts of "Justice." — The Copts.— A Coptic Wedding. — Industries. — Daily Life of the Peasants.— The Life
of the Women in the Country.— The Bedawis. — The Ababdeh. — Their Dress, Tents, Food, Employment, and
Character.
CHAPTER III.
SCHOOL AND MOSQUE 79
Education. — Home and Religious Training. — School.— the University of the Azhar. — The Religion of Egypt. — General
The character of Islam. — Dogmas.— Ritual.— Mosques. — The Mosques of 'Amr, of Ibn-Tdlun, of El-Hakim. —
The Museum of Arab Art in the Mosque of El-Hikim. — The Mosques of Kalan and En-Nasir. — Sultan
Hasan.Kait-Bey. — Ornamentation of the Interior of Mosques. — Mosaics. — Tiles. — Bronze Work. — Wood
Carving. — Kamaiiyehs. — Lamps of Enamelled Glass. — Prayers. — Fasting: Ramadan.— Performance of a
Zikr by Darwishes. — Recitations of the entire Korin.
CHAPTER IV.
THE EUROPEAN ELEMENT 117
European Innovations. — Alexandria. — The Trail of the European throughout the Land. — The European Quarter
of Cairo. — The Triumph of Western Customs. — The Work of the ex-Khedive Isma'll. — Camels v. Railways.
— The Journey from Cairo to Suez. — Tell el-Maskhutah — Pithom-Succoth. — The Route of the Exodus. — The
Suez Canal. — Suez. — Lake Timsih.— Isma'ilta. — Kantara. — Port Sa'id. — Result of all our Improvements. —
Immobility of the Egyptians. — The Present Outlook. — Uselessness of attempting Constitutional Government.
CHAPTER V.
EPILOGUE 132
General Considerations. — The Prime Mistake in the Present System to be found in the Condition of the Women.
—Disastrous Results of the Vicious Training of Women. — Relations of Men and Women degraded by Early
Inculcation of Vicious views of each other's requirements. — The Lack of the Influence of a Lady. — Slight
Prospect of Improvement, so long as Islam is the Religion of Egypt.— Education of the Women must be the First Step.