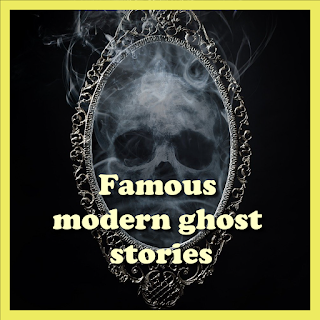 In this volume, Dr. Scarborough has collected the best of the distinctive types of modern ghost stories. Humorous stories have been excluded because of the author's companion volume Humorous Ghost Stories. The following authors have represented: Algernon Blackwood, Mary E. Wilkins Freeman, Robert W. Chambers, Leonid Andreyev, W. F. Harvey, Anatole France, Fitz-James O'Brien, Ambrose Bierce, Olivia Howard Dunbar, Wilbur Daniel Steele, Myla Jo Closser, Edgar Allan Foe, Richard he Gallienne, Arthur Machen and Guy de Maupassant. As Dr. Scarborough points out in her introduction, some readers will think of stories which perhaps should have been included but critics will see the manifest impossibility of bringing together in one volume all the famous examples of the art.
Excerpt
Ghosts are the true immortals, and the dead grow more alive all the time. Wraiths have greater vitality to-day than ever before.
They are far more numerous than at any time in the past, and people are more interested in them. There are persons that claim to be acquainted with specific spirits, to speak with them, to carry on correspondence with them, and even some who insist that they are private secretaries to the dead. Others of us mortals, more reserved, are content to keep such distance as we may from even the shadow of a shade. But there's no getting away from ghosts nowadays, for even if you shut your eyes to them in actual life, you stumble over them in the books you read, you see them on the stage and on the screen, and you hear them on the lecture platform.
Content of the book:
The Willows
By Algernon Blackwood
The Shadows on the Wall
By Mary E. Wilkins Freeman
The Messenger
By Robert W. Chambers
Lazarus
By Leonid Andreyev
The Beast with Five Fingers
By W. F. Harvey
The Mass of Shadows
By Anatole France
What Was It?
By Fitz-James O'Brien
the Middle Toe of the Right Foot.
By Ambrose Bierce
The Shell of Sense
By Olivia Howard Dunbar
The Woman at Seven Brothers
By Wilbur Daniel Steele
At the Gate
By Myla Jo Closser
Ligeia
By Edgar Allan Poe
The Haunted Orchard.
By Richard Le Gallienne
The Bowmen
By Arthur Machen
A Ghost in
By Guy de Maupassant
Collected by Dorothy Scarborough
the book details : Download 20.7 MB