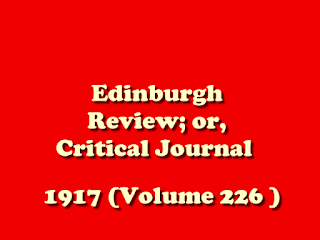 The Edinburgh Review is the title of four distinct intellectual and cultural magazines. The best known, longest-lasting, and most influential of the four was the third, which was published regularly from 1802 to 1929.
The first Edinburgh Review was a short-lived venture initiated in 1755 by the Select Society, a group of Scottish men of letters concerned with the Enlightenment goals of social and intellectual improvement. According to the preface of the inaugural issue, the journal's purpose was to "demonstrate 'the progressive state of learning in this country'
[Download From Here ##download##]