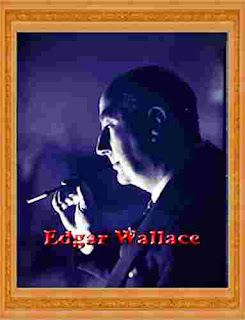 Richard Horatio Edgar Wallace was an English writer. Born into poverty as an illegitimate London child, Wallace left school at the age of 12. He joined the army at age 21 and was a war correspondent during the Second Boer War, for Reuters and the Daily Mail.

Wallace narrated his words onto wax cylinders (the dictaphones of the day) and his secretaries typed up the text. This may be why he was able to work at such high speed and why his stories have a narrative drive.

Many of Wallace's successful books were dictated like this over two or three days, locked away with cartons of cigarettes and endless pots of sweet tea, often working pretty much uninterrupted in 72 hours. Most of his novels were serialized in segments but written in this way.

The serialized stories that were instead written piecemeal have distinctly different narrative energy, not sweeping up the reader on the story wave

Contents of the collection