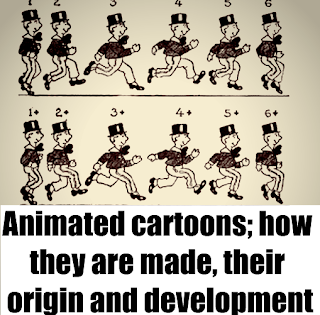 how they are made, their origin and development

Teachers now are talking of "visual instruction." They mean by this phrase in the special sense that they have given to it the use of motion-picture films for instructional purposes. Travel pictures to be used in connection with teaching geography or micro-cinematographic films for classes in biology are good examples of such films. But not all educational subjects can be depicted by the camera solely. For many themes, the artist must be called in to prepare a series of drawings made in a certain way and then photographed and completed to form a film of moving diagrams or drawings. As it is readily understood that any school topic presented in animated pictures will stimulate and hold the attention and that the properties of things when depicted in action are more quickly grasped visually than by description or through motionless diagrams, it is likely that visual instruction by films will soon play an important part in any course of studies. Then the motion-picture projector will become the pre-eminent school apparatus and such subjects as do not lend themselves to photography will very generally need to be drawn; thereupon the preponderance of the comic cartoon will cease and the animated screen drawing of serious and worth-while themes will prevail.
Contents:
I. The Beginning of Animated Drawings. 3
II. The Genesis of Motion-Pictures ... 35
III. Making Animated Cartoons 57
IV. Further Details on Making Animated Cartoons 83
V. On Movement in the Human Figure . . 99
VI. Notes on Animal Locomotion .... 131
VII. Inanimate Things in Movement . . . 153
VIII. Miscellaneous Matters in Making Animated Screen Pictures 171
IX. Photography and Other Technical Matters 201
X. On Humorous Effects and on Plots . . 223
XI. Animated Educational Films and the Future ... . . 245
[Download From Here ##download##]