A monk of Fife 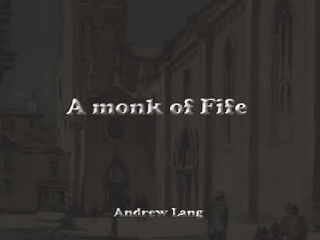 A Monk of Fife called  Norman Leslie of Pitcullo has spared no pains in his research for authority to prove his innocent heroism, and he adds his evidence to her character as a child of the Church. An adventure and Fantasy in the time of Joan of Arc
A monk of Fife; being the chronicle written by Norman Leslie of Pitcullo, concerning marvelous deeds that befell in the realm of France, in the years of our redemption, 1429-31. Now first done into English out of the French by Andrew Lang.
Andrew Lang FBA was a Scottish poet, novelist, literary critic, and contributor to the field of anthropology. He is best known as a collector of folk and fairy tales. The Andrew Lang lectures at the University of St Andrews are named after him.
[Download From Here ##download##]