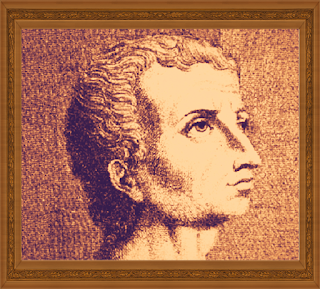 Of the lost treasures of classical literature, it is doubtful whether any are more to be regretted than the missing books of Livy. That they existed in approximate entirety down to the fifth century, and possibly even so late as the fifteenth, adds to this regret. At the same time, it leaves in a few sanguine minds a lingering hope that some unvisited or forgotten library may yet give to the world a work that must always be regarded as one of the greatest of Roman masterpieces. The story that the destruction of Livy was effected by order of Pope Gregory I, on the score of the superstitions contained in the historian's pages, never has been fairly substantiated, and therefore I prefer to acquit that pontiff of the less pardonable superstition involved in such an act of fanatical vandalism.
That the books preserved to us would be by far the most objectionable from Gregory's alleged point of view may be noted for what it is worth in favor of the theory of destruction by chance rather than by design.
No historian ever told a story more delightfully. The available translations leave much to be desired, but to the student of Latin Livy's style is pure and simple, and possesses that charm which purity and simplicity always give. If there is anything to justify the charge of " Patavinity," or provincialism, made by Asinius Pollio, we, at least, are not learned enough in Latin to detect it; and Pollio, too, appears to have been no gentle critic if we may judge by his equally severe strictures upon Cicero, Caesar, and Sallust This much we know: the Patavian's heroes live; his events happen, and we are carried along upon their tide.
Our sympathies, our indignation, our enthusiasm, are summoned into being, and history and fiction appear to walk hand in hand for our instruction and amusement. In this latter word- fiction lies the charge most often and most strongly made against him the charge that he has written a story and no more; that with him past time existed but to furnish materials " to point a moral or adorn a tale." Let us consider to what extent this is true, and, if true, in what measure the author has sinned by it or we have lost.
[Download From Here ##download##]
Roman Empire Roman history
Next Post Previous Post
No Comment
Add Comment
comment url
Ancient History,History,levy,Roman Empire,Roman history