The fourth book of occult philosophy 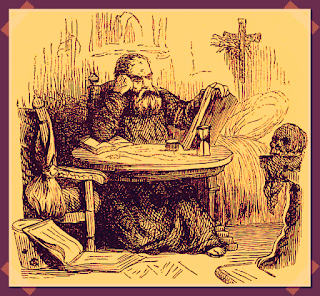 Henry Cornelius Agrippa's Fourth book of occult philosophy, and geomancy. Magical elements of Peter de Abano. Astronomical geomancy [by Gerardus Cremonensis]. The nature of spirits [by Gorg Pictorius]. And arbatel of magic.
Excerpt: It is amazing how often it is said that The Fourth Book of Occult Philosophy is spurious. This is repeated by one 'authority' after another, obviously without any reference to the text itself.
This volume is not so much a single book as a collection of six treatises on various aspects of practical magic and divination. A glance at the table of contents will confirm that only the first two treatises actually claim to be by Henry Cornelius Agrippa. Agrippa (1486—1535) was in many ways an all-around Renaissance man, being a writer, soldier, and physician.
However, his main claim to an important place in the history of the thought of the period is as a magician, and this is by no means a belittlement of his other attainments for as Agrippa himself says: 'Some that are perverse .... may take the name of Magick in the worse sense and, though scarce having seen the title, cry out that I teach forbidden Arts, sow the seed of Heresies, offend pious ears, and scandalize excellent wits; that I am a sorcerer, and superstitious and devilish, who indeed am a Magician: to whom I answer, that a Magician doth not, amongst learned men signify a sorcerer or one that is superstitious or devilish; but a wise man, a priest, a prophet'
Check this book also Absolute key to occult science. ( 1892) PDF
Heinrich Cornelius Agrippa von Nettesheim was a German polymath, physician, legal scholar, soldier, theologian, and occult writer. He is considered one of the most influential occultists of the early modern period