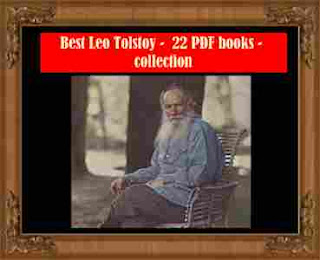 Works of Leo Tolstoy including His masterpieces: War and Peace and Anna Karenina. Both novels are among the best works of literature in the history..

Count Lev Nikolayevich Tolstoy, usually referred to in English as Leo Tolstoy, was a Russian writer who is regarded as one of the greatest authors of all time. He received nominations for the Nobel Prize in Literature every year from 1902 to 1906 and for the Nobel Peace Prize in 1901, 1902, and 1909.
His writing style depends on bold diction, detailed imagery, direct and reflective language, and varied syntax and .
collectec from archive.org - all books are in the public domain
Contents: