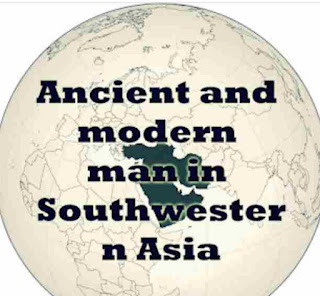 During the spring of 1952, I was invited to give the two Forbes Hawkes Lectures at the University of Miami. The title selected was "Ancient and Modern Man in Southwestern Asia." In 1952, an invitation was received from Mr Ralph Lowell, Trustee of the Lowell Institute in Boston, to give eight Lowell Lectures during the following October.
The same subject was chosen. Since there was more scope \n this series, each lecture consisted of an introductory anthropogeographical section dealing with the geographical location, the land, and the people, the climate, flora, fauna, and latest population statistics, followed by a summary of information on Stone Age Man and his cultures and the racial elements among the living peoples based on anthropometric data.
The final lecture summarized our present knowledge of Ancient and Modern Man- in each of the countries or areas ranging from the Suez Canal to the West Pakistan border and from the central part of the Caucasus Mountains to the Arabian Sea. In order to present the data upon which the 1952 Forbes Hawkes and the 1952-1953 Lowell Lectures were based,
I have followed the same general outline with footnote references to important sources. However, the reader is presumed to have access to publications such as those by Bunak, Chantre, Coon, de Khanikoff, Garrod, Hous- say, Kappers, Keith, Krogman, McCown, Murray, Muzaffer, Pantiukhov, Pittard, Shanklin, Bertram Thomas, Winifred Smeaton Thomas, Vallois, von Luschan, and other anthropologists, as well as to my publications^ on Sinai, Iraq, Iran, the Caucasus, and materials placed on microfilm in the American Documentation Institute, c/o Photoduplication Service, Library of Congress. With regard to the References, no attempt has been made to compile all those which deal with land and the people and with ancient and modern man, but rather they have been selected with the purpose of providing a general guide for the student or specialist.
Author: Henry Field (December 15, 1902 – January 4, 1986) was an American anthropologist and archaeologist
Date:1956\
14.5 MB
Next Post Previous Post
No Comment
Add Comment
comment url
Anthropology,History