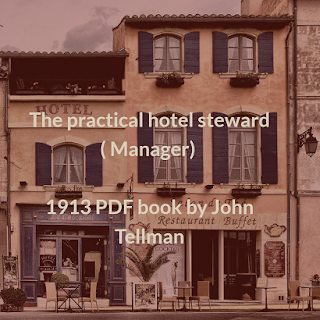 Excerpt
When I first wrote "The Practical Hotel Steward," thirteen years ago, a great majority of the hotels of the United States were conducted on the American plan, by which room and meals are sold for a stated price per day. Since that time a great change has come over the hotel business, and now, in the larger cities, practically all of the hotels are conducted European plan; and in the country places the tendency is also for European plan, by which rooms are sold separate from meals, and the meals are sold either for a stated price for the full meal, or restaurant-style, in which you pay only for what is ordered and served to you.
This great change has made it necessary to revise my original book and to adapt it also for the requirements of European plan hotels. In the rewriting I have changed the original text, as applied to the American plan, only where necessary, as the book in its original form met with very general approval, and has gone thru three editions.
The only change is the addition of more menus and the elimination of a few that were superfluous. The new reading matter in the book, devoted to European plan, will, I trust, prove of especial value to houses changing over to the European plan, as well as to European plan houses already established.
[Download This PDF Book ##download##]
Tourism
Next Post Previous Post
No Comment
Add Comment
comment url
Business,Hotel,Management,Tourism