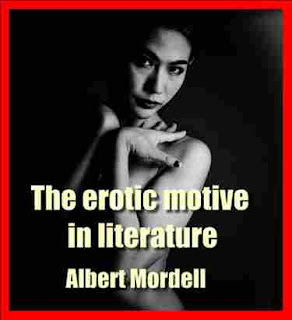 This work is an endeavour to apply some of the methods of psychoanalysis to literature. It attempts to read closely between the lines of an author's works. It applies some principles in interpreting literature with a scrutiny hitherto scarcely deemed permissible. Only such suggestions have been set down whose application has been rendered fairly unimpeachable by science and experience.
In studying literature thus, I aim to trace a writer's books back to the outward and inner events of his life and to reveal his unconscious, or that part of his psychic life of which he is unaware. I try to show that un- suspected emotions of the writer have entered into his literary productions, that events he had apparently for- gotten have guided his pen.
In every book, there is much of the author's unconscious which can be dis- covered by the critic and psychologist who apply a few and well tested and infallible principles. This unconscious is largely identical with the mental love fantasies in our present and past life. Since the terms "unconscious" and "erotic" are almost synonymous, any serious study of literature that is concerned with the unconscious must deal impartially with eroticism.
Every author reveals more than he intended. Works of the imagination open up to the reader hidden vistas in man's inner life just as dreams do. As the psycho-analyst recognises that dreams are the realised repressed wishes of the unconscious, so the critic discovers in literary performances ideal pictures inspired by past repressions in the authors' lives.
And just as anxiety- dreams spring largely from the anxieties of waking life, so literature describing human sorrows, in general, takes its cue from the personal griefs of the author. A literary work is no longer regarded as a sort of objective product unrelated to its creator, written only by compliance with certain rules. It is a personal expression and represents the whole man behind it.
His present and past have gone into the making of it and it records his secret aspirations and most intimate feelings; it is the outcropping of his struggles and disappointments. It is the outlet of his emotions, freely flow- ing forth even though he has sought to stem their flux. It dates from his apparently forgotten infantile life.
We know that a man's reading, his early education, his contact with the world, the fortunes and vicissitudes of his life, have all combined to influence his artistic work. We have learned that hereditary influences, the nature of his relations to his parents, his infantile repressions, his youthful love affairs, his daily occupations, his physical powers or failings, enter into the colouring and directing of his ideas and emotions, and will stamp any artistic product that he may undertake.
Thus with a man's literary work before us and with a few clues, we are able to reconstruct his emotional and intellectual life, and guess with reasonable certainty at many of the events in his career. George Brandes has been able to build up a life of Shakespeare almost from the plays alone.
As he said, if we have about forty-five works by a writer, and we still cannot find out much about his life, it must be our own fault. Again we may deduce what kind of literary work would have been the result if there are given to us not only the hereditary antecedents and biographical data of an author, but a full account of his daydreams, ambitions, frailties, disillusionments, of his favourite reading, intellectual influences, love affairs and relations to his parents, relatives and friends. I do not think it would be difficult for us to deduce from the facts we have of Dante's life that he naturally would have given us a work of the nature of the Divine Comedy.
Literature is a personal voice the source of which can be traced to the unconscious. But an author draws not only on the past in his own life but on the past psychic history of the human family. \ Unconscious race memories are revived by him in his ^ writing; his productions are influenced by most primitive ideas and emotions, though he may not be aware of what they are. Yet they emerge from his pen; for / the methods of thought and ways of a feeling of our early ancestors still, rule us. Nor is the idea of unconscious race memories idle speculation or fanciful theorising. Just as surely as we carry in ourselves the physical marks of our forefathers of which each individual has millions, so undoubtedly we must have inherited their mental and emotional characteristics.