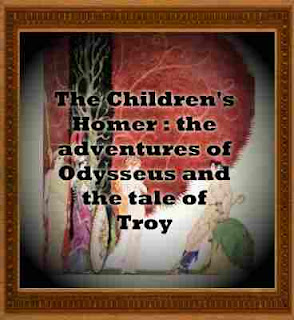 How Odysseus Left Calypso's Island and Came to the Land OF The Phaeacians; How He Told He Fared with the CyclCpes and Went Past the Terrible Scylla and Cha- RYBDis and Came to the Island of Thrinaqa Where His Men Slaughtered the Cattle of the Sun; How He Was Given a Ship by tele Phaeactans and Came to His Own Land; How He Overthrew the Wooers Who Wasted His Substance and Came to Reign Again as King of Ithaka
Author: Homer
Editor: Padraic Colum
Padraic Colum was an Irish poet, novelist, dramatist, biographer, playwright, children's author, and collector of folklore. He was one of the leading figures of the Irish Literary Revival.
Copyright: 1918
Download Zip file contains PDF book - 10 MB