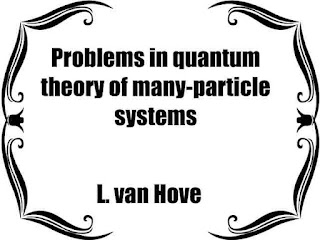 The problem of communicating in a coherent fashion the recent developments in the most exciting and active fields of physics seems particularly pressing today. The enormous growth in the number of physicists has tended to make the familiar channels of communication considerably less effective. It has become increasingly difficult for experts in a given field to keep up with the current literature; the novice can only be confused.
What is needed is both a consistent account of a field and the presentation of a definite "point of view" concerning it. Formal monographs cannot meet such a need in a rapidly developing field, and, perhaps more important, the review article seems to have fallen into disfavour. Indeed, it would seem that the people most actively engaged in developing a given field are the people least likely to write at length about it. "Frontiers in Physics" has been conceived in an effort to im- prove the situation in several ways.
First, to take advantage of the fact that the leading physicists today frequently give a series of lectures, a graduate seminar, or a graduate course in their special fields of interest. Such lectures serve to summarize the present status of a rapidly developing field and may well constitute the only coherent account available at the time. Often, notes on lectures exist (prepared by the lecturer himself, by graduate students, or by postdoctoral fellows) and have been distributed in a mimeographed form on a limited basis. One of the principal purposes of the "Frontiers in Physics" series is to make such notes available to a wider audience of physicists.
In June 1958, at the invitation of Professor J. C. Slater, I gave at the Massachusetts Institute of Technology a series of ten lectures entitled "Interactions of Elastic Waves in Solids." The aim was to present the application to a concrete physical problem of rather general techniques developed by N. M. Hugenholtz and me for the study of interaction effects in quantum systems of many particles.
The first part of the present book contains an expanded version of these lectures, prepared by L. P. Howland and originally circulated as a Technical Report of the Solid State and Molecular Theory Group of M.I.T. A number of original papers by G. Placzek, N. M. Hugenholtz, and me, dealing with problems or methods discussed in the lectures, are represented in the second part.
By presenting first a detailed discussion of a special and rather simple physical system, an anharmonic crystal lattice at the absolute zero of temperature, and then a number of articles of greater generality, we hope to give the reader a convenient and self-contained introduction to one of the methods that have been developed and used in recent years for the study of interactions in quantum systems containing a large number of particles. In the study of anharmonic crystals, we have considered among other things the effect of the interaction between elastic waves on slow neutron scattering by the crystal. It is for this reason that a few somewhat older pa- pers on slow neutron scattering have been included. On behalf of L. P. Howland and myself, I gladly express our gratitude to Professor J. C. Slater for his stimulating interest in the lecture series and in the preparation of the lecture noted authors and publishers are indebted to the Solid State and Molecular Theory Group of M.I.T., and to the editors of the Physical Review and Physica, for permission to republish the material contained in this book.
Publication date: 1961
Download 15.9 MB