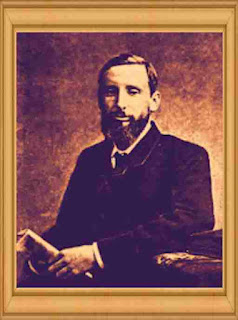 Grant Allen died of liver cancer at his home on Hindhead, Haslemere, Surrey, England, on October 25, 1899. He died before finishing Hilda Wade. The novel's final episode, which he dictated to his friend, doctor, and neighbour Sir Arthur Conan Doyle from his bed, appeared under the appropriate title, "The Episode of the Dead Man Who Spoke" in the Strand Magazine in 1900.
Some Quotes by the author:
What a misfortune it is that we should thus be compelled to let our boy's schooling interfere with their education! - Grant Allen
What we each fall in love with individually is, I believe, our moral, mental, and physical complement. Not our like, not our counterpart; quite the contrary; within healthy limits, our unlike and our opposite. - Grant Allen
They were savages, yet they were ghosts. The two most terrible and dreaded foes of civilised experience seemed combined at once in them.― Grant Allen
Scientist, Novelist and anthropologist.

Contents of the collection