Francis Bacon of Verulam. Realistic philosophy and its age 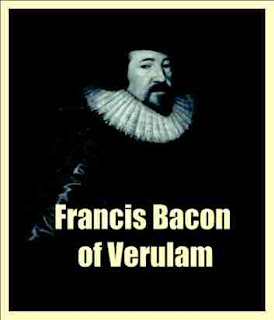 The theatre of modem philosophy is a field of battle, wherein two opposite and hostile tendencies— Realism and Idealism — contend with each other in asserting claims to truth. These tendencies are not merely systems, but kinds of philosophy that in no age but a modern one could become so conscious of their mutual difference, or so definitely and clearly express it. If we were to compare scientific with dramatic opposition, the realists and idealists would be the two adverse choruses in the drama of modern philosophy.
The opposite parties will not be silent until their union is effected, until the modes of thought, now strained against each other, become so interpenetrated, that both are saturated alike. For each lives only in the weaknesses and defects of its adversary.
The boundaries between them win be passed when they are clearly understood; that is to say when each party recognises the strength of its adversary and appropriates it to itself. Many attempts to produce this result have been made during the first period of our philosophy. If we accurately consider the matter, we shall find that realism and idealism, from the time of their modern origin, have described not parallel but convergent paths, which, at the same time, have met at one common point.
This point at which the idealistic and realistic tendencies crossed, as at a common vertex, was the Kantian philosophy, which has taken account of them both and united them in their elements.
In this, as indeed in every respect, it has set up a standard, which must serve as a polar star to all subsequent philosophy. If at the present day, we are asked, how we shall follow the right track in philosophy, we must answer, by a most ac- curate study of Kant. Since his time there has not been a philosopher of importance, who has not desired to be at once a realist and an idealist.
If the name had been sufficient, the great and all-pervading problem that occupies the mind of modern philosophy would have already been solved more than once. All these self-called ideal-realistic, or real-idealistic, attempts do not, indeed, prove that they have solved the problem, but they prove that it is recognised and admitted. It is sufficient for us to establish the fact that the problem exists, and, without opposition worthy of note, is everywhere regarded as all-important.
Nevertheless, the contest continues, and the idealistic systems of the Gerrans, however realistic they would appear, have always found realism arrayed against them. The two tendencies are again divergent, and the divergence is not to be got rid of by any new name or formula.
German idealism would have been much benefited if it had made itself thoroughly acquainted with its adversary, and learned to appropriate the strength of that adversary to itself, in order to shun the more securely the accompanying defects. Our German idealists have no right to treat the English empirical philosophers with so much superciliousness; and with a few words to consign them to the contempt of their disciples, as mere " unspeculative " intellects, more especially as Leibnitz by no means thought it beneath him to honour Locke with a close examination, but by his "Nouveaux Essais Sur I'Entendement Humain," did greater service to German philosophy than all the philosophical writings that appeared among us prior to Kant's " Critique of Pure Reason."
His example has not been followed. If German philosophy is looked upon in England and France as German dreaming, we ought not to repay one wrong with another, but are bound to deprive the reproach of its force, by showing that, without dreaming and without prejudice, we recognise foreign philosophers, and appreciate them to the extent of their deserts, especially as in matters of science every act of injustice betokens ignorance.
Francis Bacon is still regarded by his countrymen as the greatest philosopher of England, and in this opinion, they are perfectly right. He is the founder of that philosophy which is called the realistic, which exercised so powerful an influence upon even Leibnitz and Kant, to which Kant especially was indebted for the last impulses to his epoch-making works, and to which France paid homage in the eighteenth century.
Now this very philosopher, of the first rank among the realists, is not only still without that acknowledgement in Germany, which is his due, but he has never even been treated of by any German in a thorough and satisfactory manner. In our histories and compendia of modern philosophy. Bacon plays either no part at all or at best but a very insignificant and subordinate part, as one among others who made his appearance during the strange transition from mediaeval to modern philosophy.
the book details : Download 10.3 MB