Art in Great Britain and Ireland 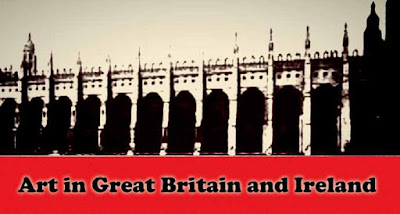 One of a series of manuals written by authorities outlining the distinctive features of the art of the various countries, and furnishing many Illustrations

The history of art in the British Isles — which still remains to be written — will be the history of a frequently arrested and frequently diverted development.
The remains which have come down to us contradict the assumption, too often made, that the unequally mixed race inhabiting England, Scotland, and Ireland is essentially inartistic, and that, if left to itself, it would have produced little or nothing with which the historian of art need have been greatly concerned. It is true that the Celtic and Latin elements in our population deserve the credit of most that are good in our aesthetic production, but, after all, those Celtic and Latin elements are an integral part of our race, and we have as much right to take pride in their achievements as in the political virtues which may perhaps spring chiefly from the Teutonic strain in our blood.
It is impossible to deny the aesthetic gifts of a people which has left behind it such remains as those of early Christian art in Ireland, as the exquisite churches which stud the whole of Britain, from Chichester to Elgin, as the manuscripts of the twelfth, thirteenth, and fourteenth centuries and the needlework of about the same period, as the perpendicular style of Gothic architecture
Download Zip file contains 10 MB PDF ebook