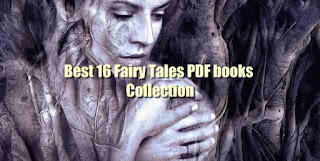 This is a collection of some of the best fairy tales PDF ebooks, collected from many cultures for fairy tales and folklore readers.
The oral tradition of the fairy tale came long before the written page. Tales were told or enacted dramatically, rather than written down, and handed down from generation to generation. Because of this, the history of their development is necessarily obscure and blurred. Fairy tales appear, now and again, in written literature throughout literate cultures