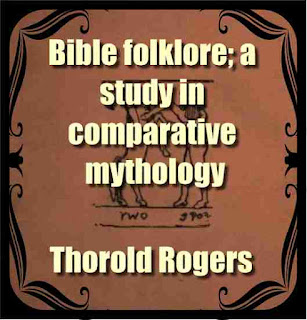 The present volume is the result of some twelve years of serious and special study. It is an attempt to apply the principle of evolution to the history of Hebrew and Chris- tian belief, and to lay before the public, for its consideration, the results which appear to the author to spring from the recent researches of Orientalists, whether students of Semitic or of Aryan antiquities.
Englishmen are as yet little aware, as a rule, of the vast stores of accurate and detailed information bearing on the comparative study of the Bible which have, through the patient labour of many scholars, been slowly accumulated during the last twenty years.
They know, no doubt, that cuneiform inscription, and papyri, have been read, and that the sacred books of India and of Persia have been translated, but they do not know how fundamentally this in-creased knowledge affects the very basis of an examination of the Bible literature as a whole.
The author's main contention is, then, that the Biblical literature can no longer be considered to stand alone as a unique production of genius or inspiration, but that its real origin and meaning can only be understood by the application of the comparative method which has as yet been only very imperfectly utilised in connection with the Bible traditions.
The mythical hypothesis is not, it is true, a new one. Bryant, and even earlier writers, preceded the lamented F. Lenormant and Ignaz Goldziher in this mode of enquiry, but the growth during the last twenty years of the study of comparative mythology, and the increase of our information concerning Oriental books, such as the Veda, the Zendavesta, the Buddhist writings, and the inscriptions of Egypt and Assyria, has placed at the disposal of the student materials for comparison which was quite beyond the reach of the earlier comparative school.
The author has striven, therefore, to apply to Semitic Folk-lore the same principles that have given such conspicuously brilliant results in the case of those Aryan traditions which have shown us the origin of the Greek and Roman pantheons, by demonstrating the real and natural development of myths from the imperfect language and' imperfect thought of mankind while yet in the infancy of intellectual growth. The sun and the cloud, the river and the rain, the wind, the storm, the tree, and the star were to savage man living beings of wonderful nature.
The fire was a beast, which crept and devoured, and which might be wounded by a spear. The very stones and woods and hills had living spirits within them, and the most familiar acts of animal life, growth, and reproduction were conceived to account for the phenomena of the heavens and earth. From such rude thought sprang myths like those which remain yet so easily comprehensible in the Vedas. From myths arose popular legends, attaching often to real historic characters.
From the faith and tradition of the race, religions were built up, and these crystallised into dogmas of which the origin and real meaning were finally forgotten. But such religion has, on the other hand, be the vehicle whereby high moral truths have been taught to man, and the sanction of mythical creeds has enforced the teaching of love, of reverence, and of trust in the good to come, which are our true comforts in trouble and sorrow.
When the great church is built, and its spire points to heaven, we remove the scaffolding which is no longer needed, and which would mar the beauty of the solid fane. The mythical accounts for the marvellous and the supernatural are but a childlike name for the unstudied among every race of mankind, but the lessons of love which have been interwoven with the marvellous stories of Asiatic sacred books are real truths resulting from a gradual and unconscious education of man under the influence of religious systems.
The fable has a moral, though the language of beasts exists only in the fancy of the fabulist. With questions of internal evidence as to the date and authorship of the various books of the Bible, the present volume is only indirectly concerned. Such criticism has led to results often far from conclusive, and the views of the younger school of Germany appear to the author to be often greatly in need of the controlling influence of a comparative system.
Even the study of Assyriology is not by itself sufficient to cast a true light on Hebrew writings. Asiatic systems, other than Semitic, must be taken into consideration, and the contact of Jewish and Aryan tribes should be clearly kept in view. To those who may agree with the principles on which the present inquiry is based, it will seem more important to trace the real origin of the Bible narratives and to examine their true meaning, than to determine by whom and at what precise date the Hebrew versions of those stories were committed to writing.