The pursuit of knowledge under difficulties 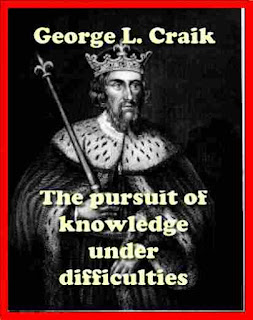 The various individuals who, in every age of the world, have distinguished themselves by their devotion to intellectual pursuits in the midst of more or less unfavourable circumstances, might perhaps be conveniently enough comprehended in four classes; to be designated, for shortness' sake, the Conquerors of Ignorance, the Conquerors of Adversity, the Conquerors . of Business, and the Conquerors of Custom.
Under the head of the Conquerors of Ignorance would come all who, by their own efforts, have emancipated themselves from ignorance, whether by partially or wholly educating themselves, or by seeking and finding instruction notwithstanding the discouragement or opposition of friends, the difficulties arising from the scantiness of means, a neglected youth, or any of the other causes which usually produce permanent illiteracy.
The Conquerors of Adversity would be those who have clung to the pursuit of knowledge in spite of menial, laborious, or other uncongenial employments, depressing poverty or dependence, confinement, persecution, disease, or deficiency of any of the ordinary corporeal senses.
The Conquerors of Business would include all who have made themselves remarkable by their acquirements or achievements in literature or science, while beset by the usually engrossing demands of what is called active life. Finally, the title of the Conquerors of Custom would be The Pursuit of Knowledge. take in all those who, in their pursuit of knowledge, have had to surmount impediments interposed by the habits, fashions, or prejudices of the Booiety In which they moved.

This book is an encyclopedia of self-made and self-taught people, it studies the greatness of men who challenged poverty and even bodily defects.