Hero tales and legends of the Serbians ( 1914) by Woislav M.  Petrovitch 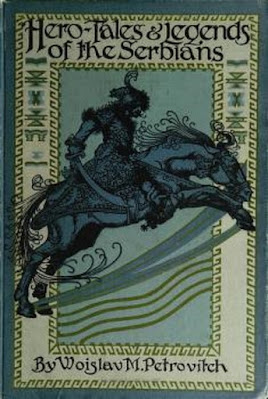 SERBIANS attach the utmost value and importance to the sympathies of such a highly cultured, great, and therefore legitimately influential people as is the British nation.
Since the beginning of the twentieth century, there have been two critical occasions — the annexation of Bosnia and Herzegovina by Austria and the war against the Turks — when we have had opportunities to note how British sympathies, even when apparently only platonic, can be of great practical importance for our nation. It is quite natural that we should desire to retain and if possible deepen and increase those sympathies.
We are proud of the victories of our army over the brave Turks, but we flatter ourselves that our nation may win sympathy and respect by other than military features of its national character. We wish that our British friends should know our nation such as it is.
We wish them to be acquainted with our national psychology. And nothing could give a better insight into the very soul of the Serbian nation than this book which M. Woislav M. Petrovitch has so happily conceived.