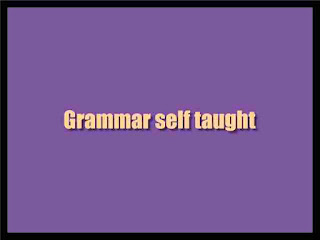 He who speaks faultless English, always, on all occasions, is something of a rarity.
With a careful guard on their tongues, most educated people can deliver a reasonably correct speech. (Precise users of English would baulk right here: a thing is either correct or incorrect so that a "reasonably correct" speech is non-extant.) But pernicious habits of tongue or pen are persistent, and they are far more easily acquired than eradicated.
To a great many people such expressions as "between you and I" and "he doesn't know" do not sound wrong, for they are in the habit of hearing them constantly. Even "he did it" seems all right to lots of otherwise unoffending speakers of the language. And "I don't hardly think so" or one of its many brothers is probably on the lips of thousands daily, and not thousands of the illiterate, either.
In most of the fundamental principles of grammar nothing new or startling will be found by the average well-read person. It is quite possible to learn to talk and to read fairly good English without being able to tell a noun from a verb. Why learn it at all, then? Chief- ly because it vastly simplifies matters, and, instead of making language more difficult, eases the way to a better understanding and better use of its possibilities. When learning to talk, words are learned first, Then words are put together, one after another. This order is not a matter of chance.
Download