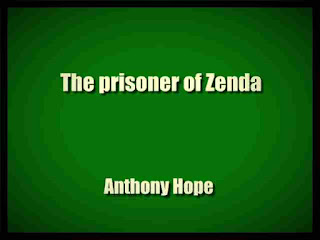 The Prisoner of Zenda is an 1894 adventure novel by Anthony Hope, in which the King of Ruritania is drugged on the eve of his coronation and thus is unable to attend the ceremony. Political forces within the realm are such that, in order for the king to retain the crown, his coronation must proceed.

The hero and narrator of Zenda are twenty-nine years Rudolf Rassendyll who shares a name and certain physical features with soon to be crowned Rudolph IV of Ruritania. Unfortunately for all those involved, Rudolph IV is an idiot and easily falls prey to a plot to take the crown away from him and possibly end his life.

To keep things in check while the king can be found and rescued, Rudolf Rassendyll must play the king. Throughout the narrative, Rassendyll gives amusing commentary on politics and the responsibilities of leadership. All the while he is putting himself in harm's way both in his portrayal of the king and in trying to rescue Rudolf IV.