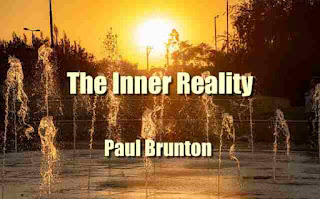 Had the gods so gifted me at birth, I would rather have played the laughing and satirical philosopher like Democritus than having acted my present part of the wise owl. How pleasant to have held the credo that in life it is not the matter that matters, but the manner and that dullness is the essence of dignity.
Anyway, it is a poor pen that never slips a leash and that can produce only a smileless progeny. It would have afforded me greater pleasure to throw off a few pleasantries in prose than to exhibit the sad and saturnine face of the nightbird. But my stars were dark ones and compelled me to brood over the mystery of life's spectacle when I would have liked to draw some fun from the show and to have contemplated its comedy rather than its tragedy.
When, on one unchronicled prehistoric night, thinking man raided his head for the first time and gazed at the boundless immensity of the star-filled sky overhead, his first thought could have been no other than the first thought which enters the mind of thinking man of our twentieth century, when he gazes reflectively upon the mysterious canopy under which he lives and moves, frets and philanders. "What is the meaning of it all?"
The profound difficulty of discovering a correct answer to this question is such that even today our greatest scientists must bow their heads in humble ignorance because all their victories of knowledge have still done little more than touching the fringe of this problem. The depths of this problem would be unfathomable, were we to depend on human intellect alone.
They cannot be plumbed without the help of higher revelation. I made wide research in consequence, and my studies embraced books that litter the shelves of little known libraries; they included intimate conversations and long-drawn discussions with the masters of Occidental knowledge, and, finally, I studied with the best of all tutors, personal experiment and first-hand experience. In the end, fate set my feet on strange journeys to lands whose slender palm trees called to me with their outstretched leaves and bade me, as they bid all men, tie anew the earthless bonds which yoke the reluctant soul of mart to God.
Few Westerners had the time and the training, the will and the money, which these researches required; and so I tried to do for them what they could not do for themselves: I tried to recover from the obscurity of vanished epochs some secrets which the world needs today. Again and again, as I stood under those star-panoplied Eastern skies, or as I walked in solitude in the mysterious silence of the menacing jungles, I was haunted by an overpowering sense of the strange paradox of human life. I followed the alone track in studying the ways and wisdom of the Orient, and still more in trying to put the mysterious feats and doctrines of the yogis and fakirs upon a scientific basis.