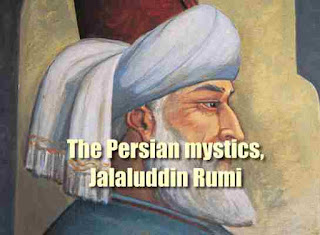 Among the Mohammedans, Sufiism or Persian JLA- mysticism, is known as tasawmf. The word Siifi is derived from $uf, meaning " wool" When a little Persian sect at the end of the eighth century A.D. broke away from the orthodox Muslim religion and struck out on an independent path, they ignored costly robes and worldly ostentation, and clad themselves in a white wool garment. Hence they were known as " wool wearers," or Sufis. Prof. Edward G, Browne gives four theories in regard to the origin of Sufiism, viz. :
(1) Esoteric Doctrine of the Prophet.
(2) Reaction of the Aryan mind against a Semitic religion.
(3) Neo-Pktonist influence.
(4) Independent origin. Neither of the four theories altogether satisfies the learned professor, and very certain it is
Moreover, we must bear in mind that the Neo-Platonist philosophers paid a visit to the Persian court in the sixth century A.D., and founded a school there in the reign of Nushirwan. It is highly probable, therefore, that these seven philosophers, forced to leave their homes through the tyranny of Justinian, who forbade the teaching of philosophy at Athens, should have had considerable influence upon a few of the more thoughtful Persians, We shall now find that this theory is borne out by internal evidence. Let us briefly study the tenets of Neo-Platonism.
The Neo-Platonists believed in the Supreme Good as the Source of all things. Self-existent, it generated from itself. Creation was the reflection of its own Being. Nature, therefore, was permeated with God. The matter was essentially non-existent, a temporary and ever-moving shadow for the embodiment of the Divine.
The Neo-Platonists believed that by ecstasy and contemplation of the All-Good, man would rise to that Source from whence he came. These points bear directly upon the Sufi teaching. They form a broad outline of the tenets of Siifiism. The Sufis, from temperamental and other causes, elaborated these ideas, gave them a rich and beautiful setting, and, what is all-important, built about them one of the most interesting phases of mystical poetry the world has ever known, and this particular phase may be said to date from the twelfth century A.D. Thus, I think, it will be readily admitted that the Sufis certainly owed something to the Neoplatonists.
The cry for the Beloved was in their hearts before the Greek philosophers came, but Neo-Platonism appealed to their Oriental minds. It was a stepping-stone across the river of their particular spiritual tendencies, and they trod thereon and proceeded to lay down other stones across the stream. I have pointed out the similarities between this particular Greek and Persian belief. There was, however, one very important difference.
The Neo-Platonist's conception of God was purely abstract, the Sufi's essentially personal, as far as the early Sufis were concerned. We shall consider other influences which were brought to bear upon Sufiism a little later on. There is a very great difference between the early Sufiism and the elaborate additions that followed as an evolutionary matter of course. In brief, then, Neo-Platonism was the doctrine of Ecstasy. A quotation from the letter of Plotinus to Placcus on Ecstasy will still further show the similarities between this Greek and Persian teaching:
"The wise man recognises the idea of the Good within him. This he develops by withdrawal into the Holy Place of his own soul. He who does not understand how the soul contains the Beautiful within itself seeks to realise beauty without, by laborious production. His aim should rather be to concentrate and simplify, and so to expand his being; instead of going out into the Manifold, to forsake it for the One, and so to float upwards towards the Divine Fount of Being whose stream flows within him." Tliis is Sufiism in prose.
The Sufis turned the same conception into poetry. II. THE EARLY STJFIS. HASHIM (ob. 150 A.H.) was the first to bear the name of Sufi, while Dhu'1-Nun-al-Misri (245 A.H.) may be said to have given Sufiism its permanent shape. Rabi'a, of Basra, was the first woman to join the sect, and her saintliness and wise sayings have been preserved by Faridu'dDin 'Attar. One day a great sickness fell upon Babi'a, and on being asked the reason for it she replied: " I dwelt upon the joys of Paradise and therefore my Beloved has to chasten